TL:DR #20 The Human Factor and Fairness in Administration of Justice

TL:DR #20 The Human Factor and Fairness in Administration of JusticeSiriporn SohsamanApril 7, 2022April 7, 2022 The meaning and importance of “Fairness” is as relatively significant now in our daily lives as it was spanning back before Ancient Greek antiquities[1] and in human form’s most basic unevolved interactions, and yet there is no easily identifiable and simple universal meaning.

Modern contexts of “fairness” face us when we purchase goods online and are subject to terms and conditions which we must ‘impliedly’ or expressly accept before transacting. The Convention of the International Sale of Goods (“CISG”) has become ever more pivotal in defining the treatment of legal relationships and obligations between opt in countries and in situations where a party agrees to the CISG governing a legal relationship including when there is a dispute[2]. The fairness of the CISG and allocation of risk and responsibility is therefore critical in its impact on end-user consumption, suppliers and all the intermediaries in between.

We are also faced with increasingly more complex technological fairness issues when using “instant” communication systems such as social media and short messaging services for personal and business use. Many of these globally dominating systems have adopted their own, undemocratically formed versions of “Community Standards”[3] and simply subject their users to decisions on whether or not there has been unfair comment, exploitation or abuse without must fear of high-level accountability unless a group of users or powerful single user apply their resource to mount a serious legal challenge against well-funded powerful cartelistic tech companies.

The power and control of ‘fairness’ allocation vests with those that exert the most influence, are able to navigate regulations to ‘optimise’ their profit objectives whilst remaining for the most part compliant or paying minor financial violation fines. The ‘ordinary’ non-influential folk, which is most of the world, must just observe and accept the justice they are provided and the level of fairness and integrity which is or isn’t served up as part of the mandatory regime.

To assist with nudging market participants to err on the positive side of fairness, the world has evolved a series of legal tools ranging from institutions and enforcement agencies through to soft social systems which embrace or reject depending on the behaviour of ‘members’. The world also has a diverse set of legal institutions[4] to address global human rights infringements, breaches or questions of constitutional and/or administrative law, domestic and international criminal demeanours and civil wrongs contrary to codified legal texts, or contrary to both statute and the common law principles of equity.

These tools have their pros and cons. They move each day and are subject to political oversight, media driven scrutiny and a mixture of checks and balances which are often heightened when the systems fail to work properly and a group or collective is able to bring the failing to account through a ‘Committee’ or petitioning body designed to analyse a failing and make recommendations for improvement[5].

A major global tool for resolving fairness is arbitration. Arbitration can take on many guises and is not necessarily known of or understood by the so-called ‘average’ global citizen. Perhaps this is a sign of lack of access to justice or it could alternatively be a sign that on average it is not necessary for a resolution of an average citizen’s issues through this method. This is oversimplified in its framing of a legal service that dominates some of the most important aspects of our global system. Trade accounts for 80% of our world economy and most trade disputes are resolved through arbitration as opposed to ‘court based traditional litigation’. Investor state arbitration regulates the relationship between states and investors and holds to account both for their conduct relating to multi-lateral and bi-lateral treaties. Confidence in the system is underpinned by access to justice systems when there has been a a violation.

To the major point of this article. Given its significance in our lives, arbitration and the human aspect of how arbitration works is critical for cultivating and ensuring ‘fairness’. The choice of arbitrators is therefore not just a matter of identifying requisite skills and legal knowledge. One or more humans, even if participating in a market under the umbrella of a ‘corporate shield’ such as a limited liability entity, would, making a bold but likely assumption, not enjoy being judged by anyone who is unable to connect with human values in addition to possessing a set of tuned and relevant legal skills.

Commercial arbitrators are often chosen on the basis of their field of expertise and knowledge in an area, because of this in addition to other factors. Those working in and investing in construction would not benefit from a tribunal devoid of knowledge and understanding of what it is actually like to work on a construction project and what the day-to-day challenges are. A completely ‘detached’ perspective might mean, heaven’s forbid, a robotic ‘machine learning’ approach to the disposition of justice. A robotic arbitrator used to determining online consumer protection disputes might struggle with interpretations of performance and delivery under Build, Operate and Transfer agreements or the nuances of a set of breaches under a hotel asset management agreement.

Humans involved in a dispute also would not, acting rationally, seek arbitrators who struggle with their own self-regulation and conduct. Persons who are aggressive, prejudiced, xenophobic, nationalistic beyond the norms of acceptable cultural pride, exploitative, elitist with no connection to the normal machinations of the planet we share, are the worst candidates for dispensing justice to humans relying upon systems and participants to offer them optimum choices to improve and evolve economic and human wellbeing.

An arbitrators should be scrutinized not only for their academic knowledge, experience and legal tools, but for their humanity. Their…fairness. We should all be mindful and more alert to our fairness and not make assumptions we are automatically being fair because we think we are somehow inherently fair. Fairness requires practice, perception, knowledge and empathy.

Written by Desmond Hughes LLM FCIArb, current Chair of the ICC Thailand ADR and Arbitration Commission, Former Vice-Chair of the Chartered Institute of Arbitrators and Senior Partner/Co-Founder of Hughes Krupica – an international law firm with international values based in Thailand www.hugheskrupica.com

[2] Nils Schmidt-Ahrendts CISG and Arbitration (Annals of the Faculty of Law in Belgrade – International Edition 2011) pp.211-223 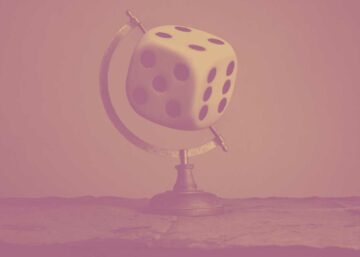